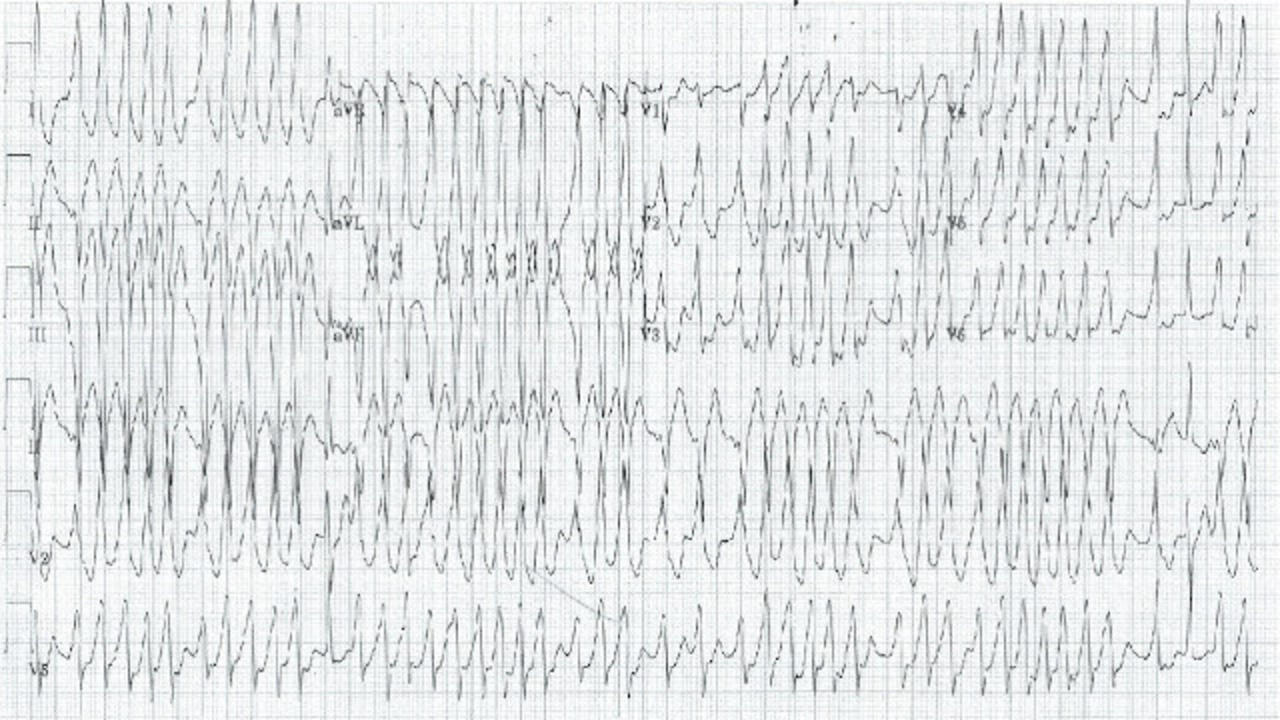 This 19 year old male presented to the ER feeling like his heart was going to "come out of his chest." He has mild chest pain, mild dyspnea. Denies drug use. VS: 114/90, RR 14, 97.8, 99%. He denies any medical history or medications. This is a tough case, because at first glance this could look regular. And if its not, what is a 19 year old doing with Atrial fibrillation, an "old persons" disease?

His UTOX was negative. His labs including a TSH were all normal. His CXR was normal as well.

His second ECG reveals a clue. He has a delta wave, which is significant for WPW. It is common for young people with WPW to have AF with RVR, and nodal blockers are absolutely not to be used as it will force the electrical impulse down the abberant pathway making the tachycardia worse. His second ECG was done after he was given IV procainamide. He underwent urgent ablation and is doing well. 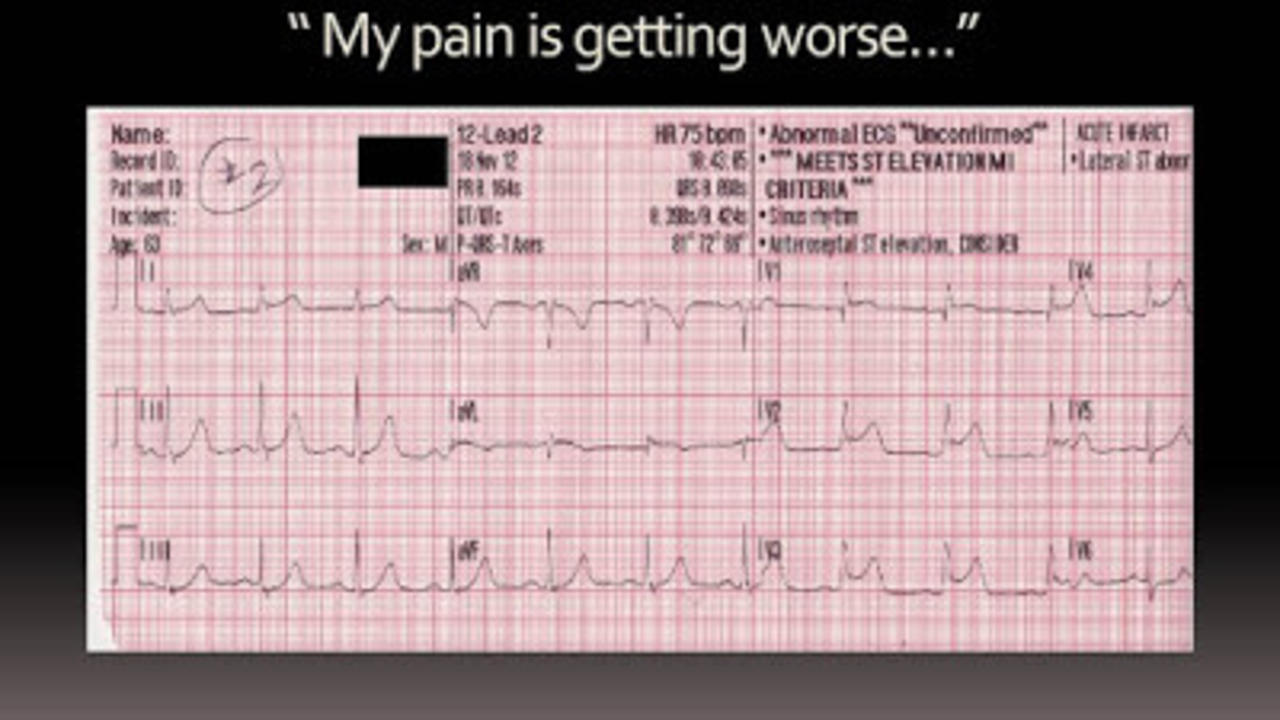 911 responded to a 63 year old male with chest pain. On arrival, the first EKG did not show any ST elevation, and was read as a "normal EKG."

The paramedic reported that 5 minutes later shows the patient having his STEMI. As you can see, he starts to develop a right bundle branch block and completes this is his last EKG.
There is a lot of artifact on that last EKG as the patient was so diaphoretic that the patches would barely stay on.
The patient was taken directly to the cath lab where he was found to have a 99% stenosis of his LAD, his culprit lesion. He ultimately did well although he initially did have a depressed ejection fraction on his echo done post cardiac catheterization.

EKG's are just a snapshot in time, and a lot of times can change in minutes. If you are...

Stay connected with news and updates! 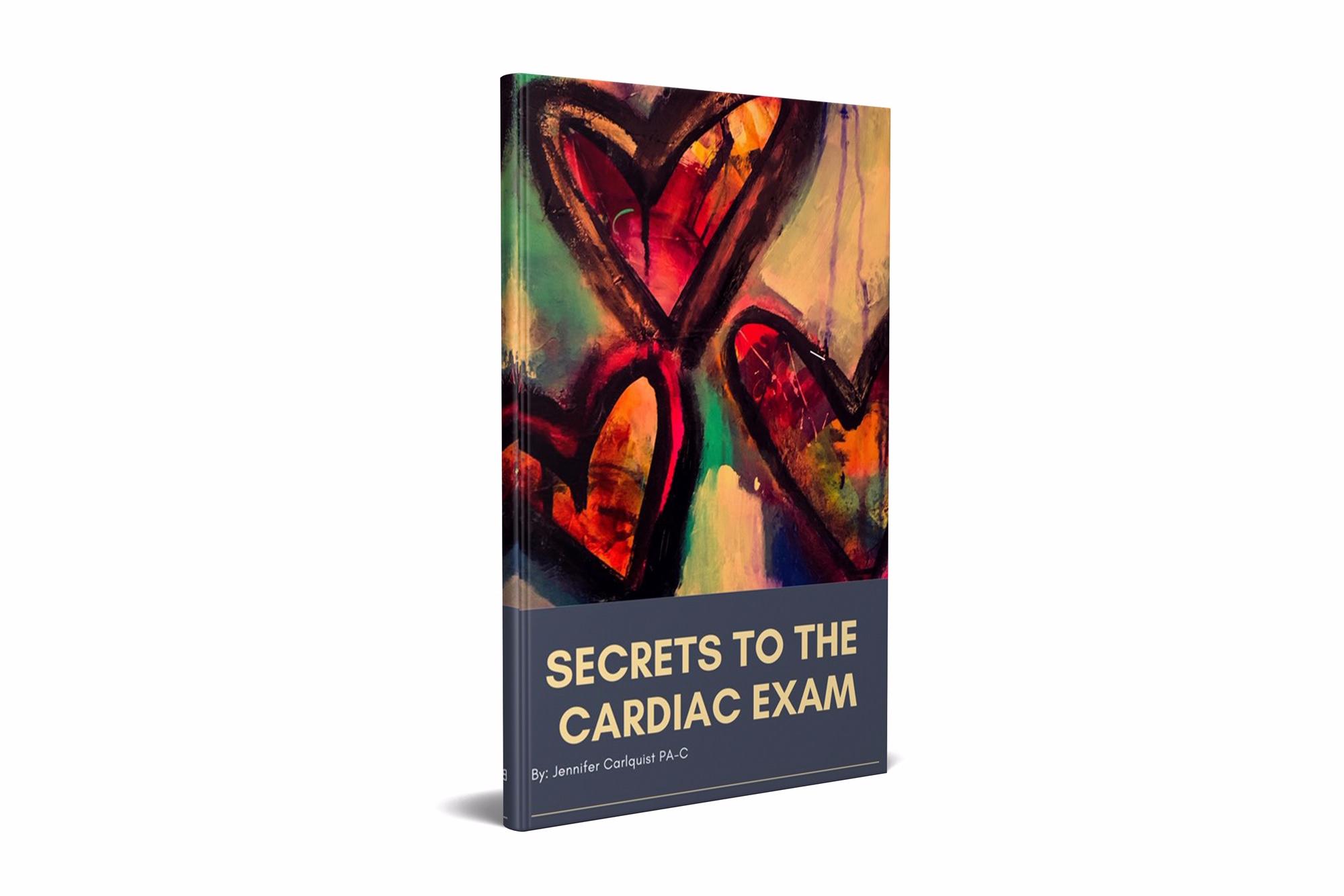 Master the cardiac assessment including heart murmurs in this easy ebook.